For immediate response to all enquiries, and fast and efficient processing of your order using credit card payment over the phone, please phone the store on 07 46385565. Alternatively, head to our Contact Us page and send an email using form provided.​
​ 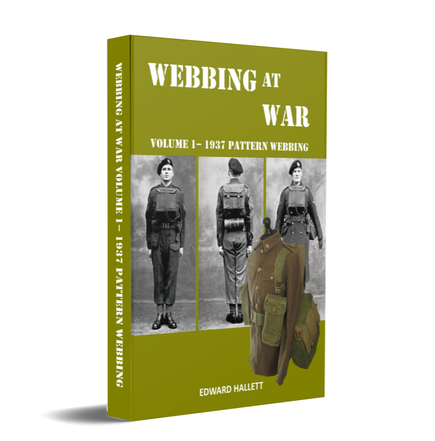 This exciting new book by Edward Hallett is the first to look in detail at all aspects of the 1937 Pattern Webbing set in British and Empire service. Introduced just before the Second World War the 1937 Pattern set would see service with British and Empire troops and their allies throughout the war. It was made on five continents and there are numerous manufacturing variants and modifications to the set depending on when and where an item was manufactured.
This book sets out to tell the story of the development of the 1937 Pattern set, the components that made up the sets and their development, how the set was actually used and looked after, its development both post war and for the RAF and Royal Navy and its manufacture around the globe.
Finally the book looks at some of the accessories that can be found to accompany the set and its legacy in a wider global context.
With nearly 200 pages of contents, this fully referenced and indexed book is packed with hundreds of specially commissioned full colour photographs, drawing on the collections of historians across the globe to show the many variants and components of the sets. These photographs are combined with rare period photographs and diagrams to provide the most comprehensive guide to the subject ever released and this book is ideal for collectors, historians, modellers and those in the heritage sector. 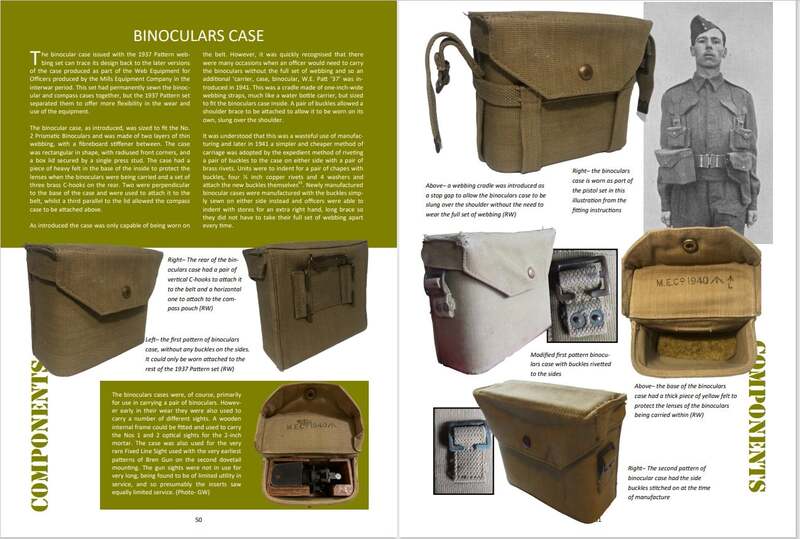 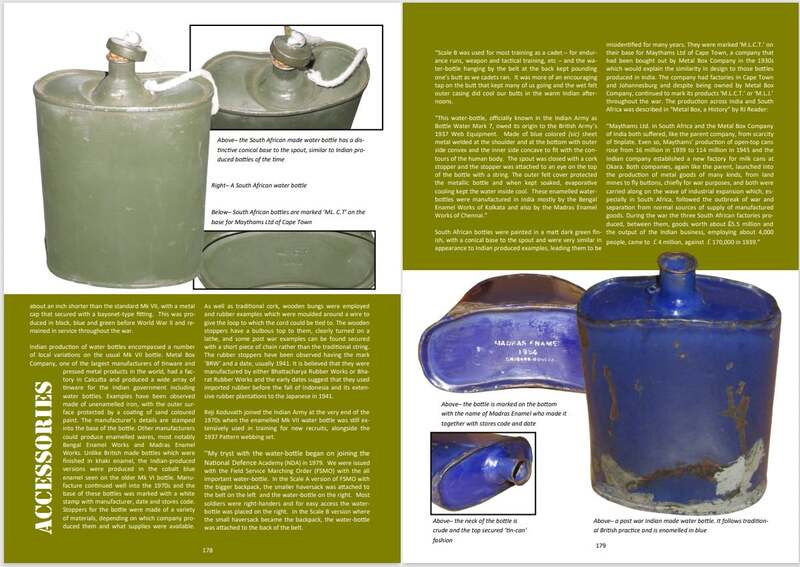 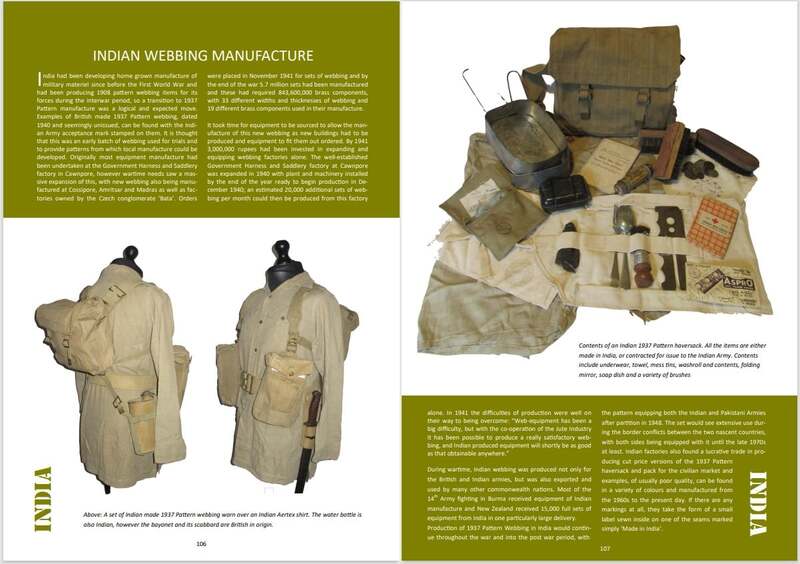 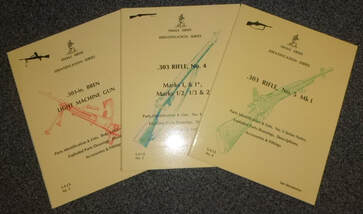 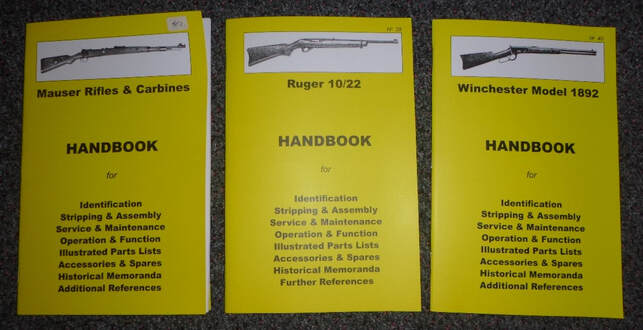 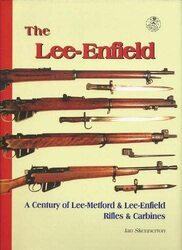 Ian Skennerton's The Lee-Enfield
A Century of Lee-Metford & Lee-Enfield Rifles & Carbines
"The nett product of more than four decades of international research and study, evolving through two prior editions and many other related titles, this record is surely the ultimate account of a century's development and issue of the Lee-Enfield rifle.
This work encompasses all aspects of Lee-Enfield development and production, in Britain, America, India, Australasia, South Africa and the Far East. The rifles, carbines, bayonets, component parts, tools, accessories and ammunition are arranged into specific groups and chapters."
Price $99.50 plus postage 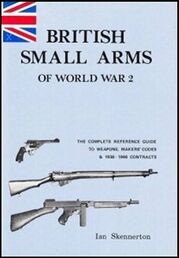 Ian Skennerton's British Small Arms of World War 2 - The Complete Reference Guide
The Complete Reference Guide to Weapons, Markers' Codes & 1936-1946 Contracts.
"This study details the wide range of small arms used by the British forces in World War 2, and this is the first time that the Makers' and the Suppliers' Codes, with specific details of the various contracts, have been published.
This study is an invaluable guide and an absolute must for the serious researcher, collector and student of small arms and military history."
Price $45 plus postage 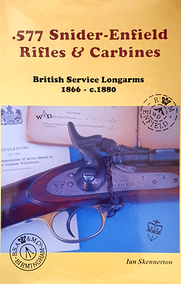 Brief description written by author -
"Specific sections are devoted to each Snider model, the bayonets, ammunition, proof & inspection markings, accessories & tools, with a comprehensive index and production figures. This is the definitive study for collectors and shooters alike."
Price $50 plus postage 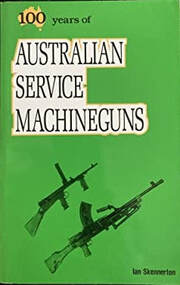 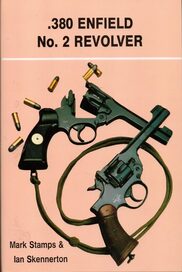 .380 Enfield No. 2 Revolver by Mark Stamps & Ian Skennerton
"The .380 Enfield revolver has long been considered the "poor cousin" of the Webley family, particularly the Mark IV model which it essentially duplicated. But the development and wartime production is a story of its own, described here in detail by an enthusiast of the British service revolver, in association with Ian Skennerton's research of the original War Office records and specimens held at the M.O.D. Pattern Room, Nottingham, where many of the illustrations were taken.
Issue markings, webbing equipment and accessories are also awarded separate chapters, making this study a handy reference for the enthusiast, collector and historian alike."
Available in soft and hard cover.
Price - Hard cover - $40 plus postage
Soft cover - $35 plus postage 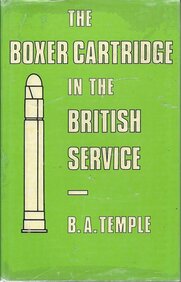 The Boxer Cartridge in the British Service
by B A Temple
"This work relates the history of the Boxer cartridge as used by Britain and her colonies form 1866 to the 1930's, with references to colonial production, including Australia's.
Progressive sections fully detail the evolution of the cartridge through patterns for the Snider, Martini-Henry, and other arms.
The first comprehensive work on this subject to be attempted, this book is a must for all students of military history and collectors of firearms and cartridges."
SOLD OUT 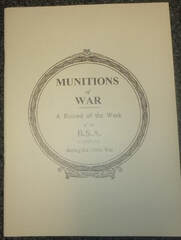 Munitions of War - A Record of the Work of the B.S.A. Company during the Great War
compiled by George H. Frost.

This Edition is a Precised Reprint of "Munitions Of War. A record of the work of the B.S.A. and Daimler Companies during the world war 1914-1918. The original post-war volume compiled by George H. Frost"
Precis reproduction by Ian D. Skennerton
Soft cover.
Price $12 plus postage 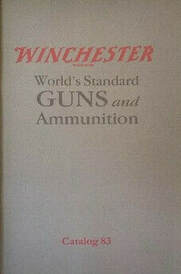 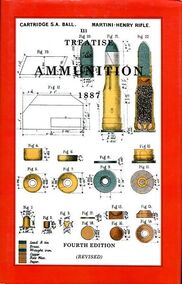 New - Treatise on Ammunition 1887 - Fourth Edition
Hard cover revised fourth edition (corrected up to 31st October, 1887), printed by Order of the Secretary of State for War, London, printed for Her Majesty's Stationery Office.
Price $30 plus postage 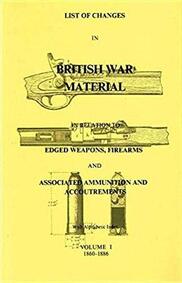 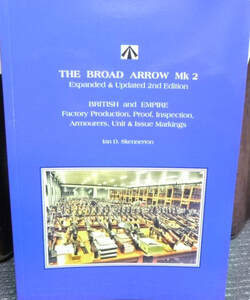 The Broad Arrow Mk2
Expanded and updated 2nd edition by Ian Skennerton.
British and Empire Factory Production, Proof, Inspection, Armourers, Unit and Issue markings.
More than 200 years of unit markings are tabulated here, from the British Isles, Canada, Australia, India, New Zealand and other outposts of the Empire in Africa, the West Indies, Middle East and Far East.
This is an absolute must for any military firearm or bayonet collector.
Postage anywhere in Australia is $15. Multiple copies no extra postage charge.
Price $70 plus postage 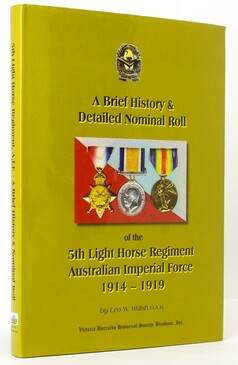 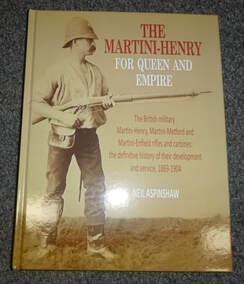 Brand New - The Martini-Henry for Queen and Empire
The British military Martini-Henry, Martini-Metford and Martini-Enfield rifles and carbines: the definitive history of their development and service, 1869-1904 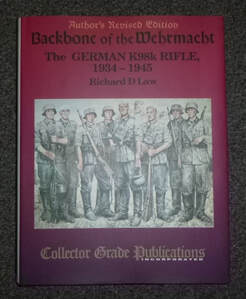 Price $165 plus postage
​CURRENTLY OUT OF STOCK​ 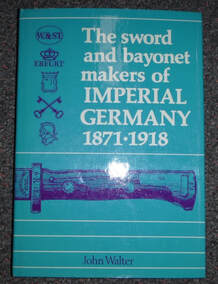 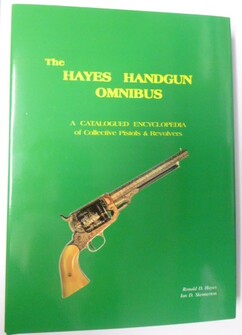 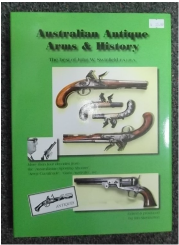 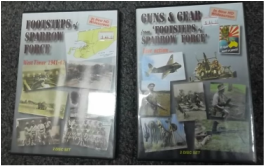 Price $44 each plus postage

Girls with Guns DVD
Includes -
Calendar Girls - The months introduce action with MGs, SMGs, shotguns and more!
Woman At Arms - An historical perspective from Queen Boudicea through the ages to Kurdish freedom fighters and armies of today.  A look at movie heroines with an A to Z from Angelina Jolie to Uma Thurman and Zara Pithian.
Arizona Weekend - Ladies also participate in the machine gun shoots at the Big
Sandy, Anthem etc.
Price $25 plus postage 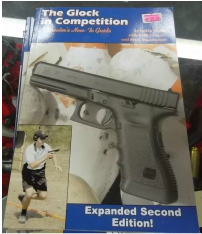 The Glock in Competition 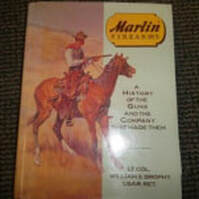 Marlin Firearms
​A history of the guns and the company that made them.  A fantastic, rare old book. A must for the collector of Marlin firearms.
Price $185 plus postage
Proudly powered by Weebly